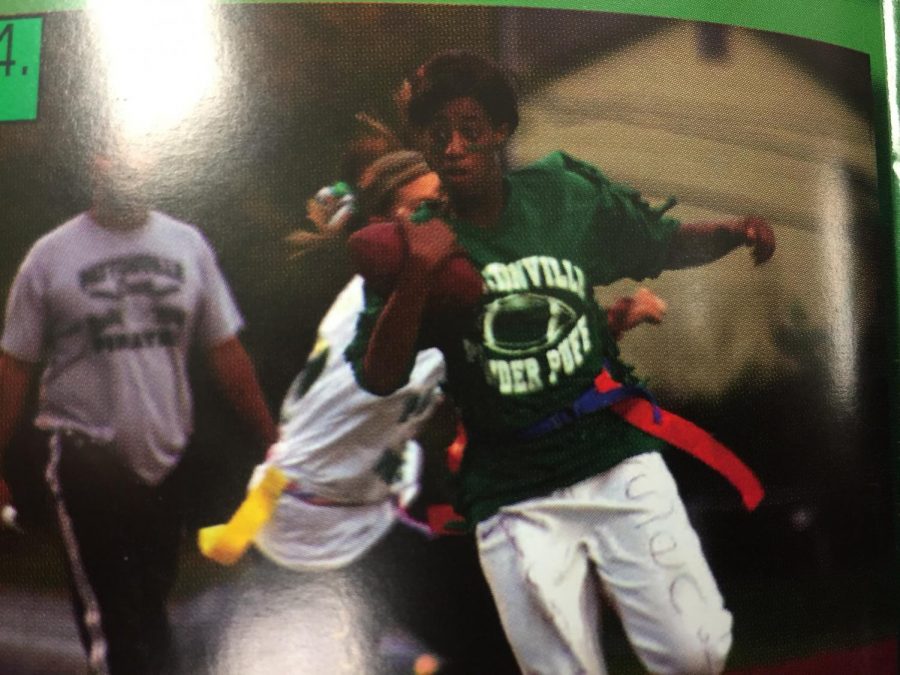 Girls competing in a Powderpuff game over a decade ago

Pattonville is set to bring back a tradition which has been banned for over a decade. This tradition is the Junior vs. Senior Powderpuff Game and it’s scheduled to be played on Thursday, March 14.

However, not everyone is looking forward to the event. Four soon-to-be participants gave their opinion about the game.

Senior Bianca Johnson had problems with the game being rescheduled.

“When it was originally scheduled it was at a perfect time,” she said. “It was in between fall and winter sports. Now it is during the spring sports season.”

“I really just don’t want to risk an injury now,” she said. “It’s not like this was the coach that approved me to play.”

Before I asked how participants felt about the upcoming game, history teacher and assistant athletic director Ms. Heather Lopez-Johnston sent out a survey, and with the responses she got, she decided to keep the game going.

Senior Sarah Johnson believes that if the survey was tweaked a bit, responses would reflect the students better.

“There was a survey sent out asking who planned to be there. Of the original 40, only 8 said they wouldn’t be coming,” Johnson said. “I think the question should have been phrased differently. If it said ‘Do you want to go?’, I think responses would be different. I plan to be there, but I don’t want to be there.”

The final opinion was quite controversial.

Senior Tori Lofland believes this year’s senior and junior class have already done enough to restart the tradition of a powderpuff game, even if a game is not played this year.

“I feel like we started the tradition now, so a game can wait another year.”

Nonetheless, the tradition is still set to commence on Thursday at 2:30 p.m. at the stadium. There will be a full length game, complete with a halftime show.

Tickets will be $2 with proceeds going to Packs for Pattonville, a program run by teacher Ms. Twila Harris to help underprivileged students here at Pattonville.