Swinging for the Fences 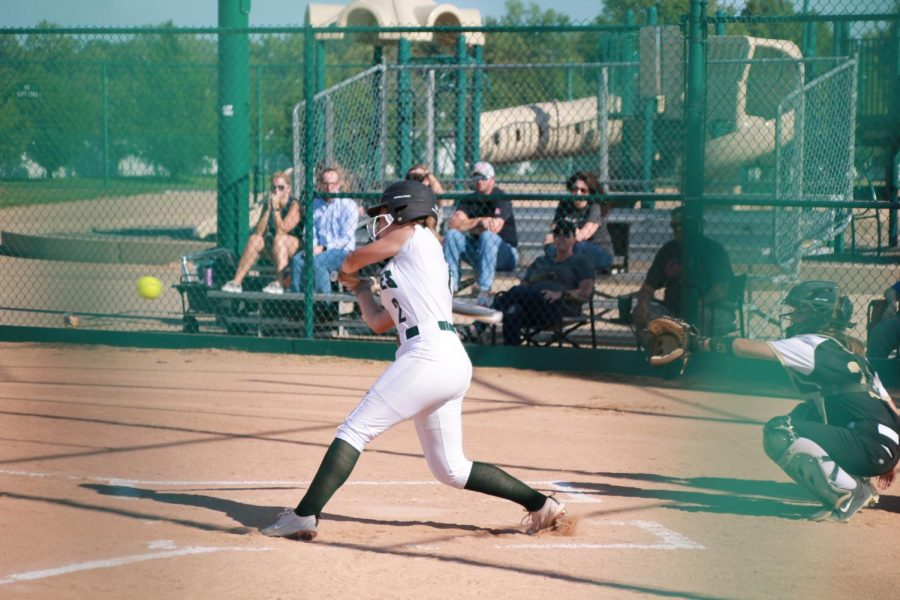 Maddie Bailey sets her sights and swing on the incoming pitch.

So far, the Varsity Softball Team is off to a winning season, and they hope to keep it that way. After a bit of a slow start, the team has gained momentum, and, at the time of publication, had won their last six games.

In terms of team leaders, Maddie Bailey has the most hits with 5 and the most doubles with 2. Allison Schrumpf is hitting the most home runs, with 2, and the most RBIs, with 8. Madison Leckrone has crossed the plate four times, the most often of the players on the team.

The pitching staff of Maria Madden, Allison Schrumpf, and Isabelle Usry hope to combine to get the Pirates as far past Districts as possible.