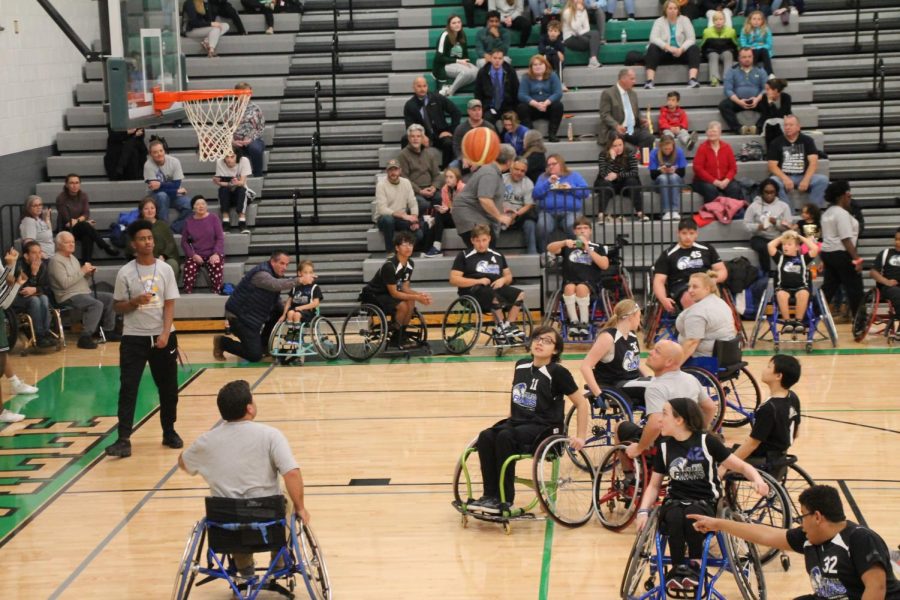 On Thursday, November 7, teachers participated in the PAL’s Annual Wheelchair Basketball Game against the Rolling Rams. The Rolling Rams is a coed, competitive wheelchair basketball team made up of children ages 8 to 18 years.

Each year, Rolling Rams travels throughout the Midwest participating in tournaments; hosting fundraisers and bringing awareness to the sport. Wheelchair basketball is now an official competitive sport played at many universities around the country, according to the Rolling Rams website.

Lillian Cave, freshman, attended the game. “It was very interesting,” Lillian stated. “It made me think more about what people have to go through and not just what I’m going through. It opened my eyes to a whole different perspective. I think the best part of the game was watching my teacher Mr. McFarland getting defeated! It was so fun watching him and the kids going head to head.