Pirates Get Creative During Stay at Home Order 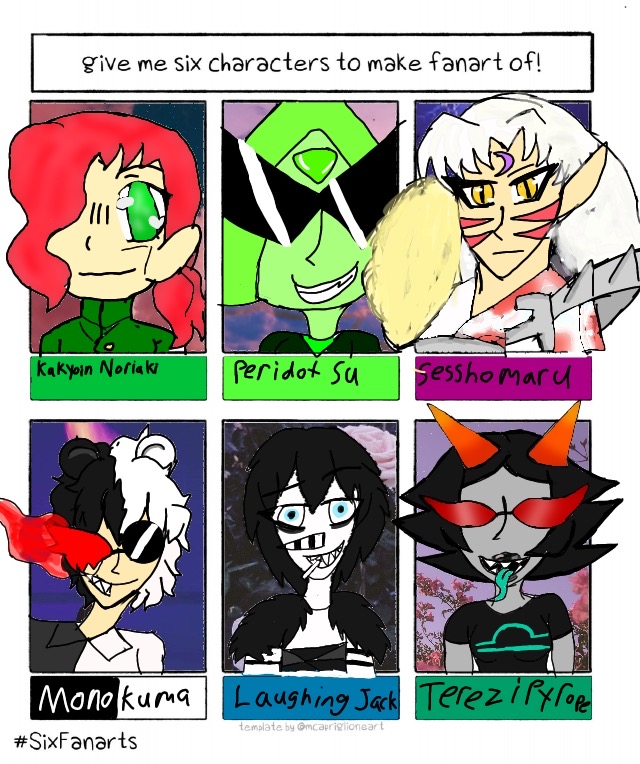 Freshman Dione Baloney accepted an art challenge on TikTok and drew these characters.

PHS students have activated their creativity to avoid boredom. They explain that they have been doing lots of different crafts, making art, learning music, and making jewelry to stay entertained. According to junior Lily Chirwa, “I am learning how to play piano, make food from scratch, and creating my own dance moves right now.” Other students make all kinds of creative things.
Freshman Dione Baloney has been spending some time with art challenges she finds online. She describes her recent project as “an art challenge on Tik Tok, and I was like it looks cool and wanted to try it. So you’re supposed to draw your favorite characters from tv, video games, anime, books, etc.”
Baloney says she has been making art since he was five, “and it kinda stuck with me since then.” She wanted to try a recent art piece because she’s “bored in the house, but really I just wanted to try something different for a change.”
Depending on the kind of art work and the artist, some projects take longer than others. According to Baloney, the Tik Tok process was “a three to ten hour process to think of the characters and how I wanted them to look.” In this drawing there are several characters. Baloney says, “The first character you see is Kakyion Noriaki from Jojo’s Bizarre Adventure,” which is also her favorite character out of the characters drawn. The next character is Peridot from Steven Universe. Another character is Sesshomaru from an anime that his mom showed him called Inuyasha.
In addition to that, she designed Monokuma who is “actually a teddy bear running a school where a murder game happens and it’s called danganronpa.” Baloney says, “He’s technically a myth about an imaginary friend gone dark from a fandom called creepypasta.
The last character is a troll named Terezi Pyrope from a webcomic called Homestuck. Baloney was inspired to draw these specific characters because “I honestly love how their personality is and how the creator made them. They have brought many smiles, tears and laughs into my life.”

Other forms of art work have also been made by Phs students during this time, one of which includes a mandala drawing and tutorials.

According to senior Jessica Azarskov, “I am a digital & traditional artist and I do crafts. As a digital artist, I can portray many crafts within digital world; for now that we still have the school [laptops], I can do Photoshop. Crafts I do when I’m bored or creativity hits me. I made logos, banners, etc digitally. I have created google slides with all my art I created or commissioned to others.”
Azarskov says she has been “a self taught artist since 2015.” Her inspiration comes from “sources which include people I’ve known for many years and my passion for art. The picture was a selfie of us or someone we are inspired by. I used the name Justin because it was my crush’s selfie.”
It may not look like the name but in a different form, it is. Azarskov explains, “I typed out “Justin” then flipped/rotated it so it ended up in a circle, which caused some of the letters to look like symbols.”.
According to Azarskov, most of her artwork came from her art classes or art she did on her own time. For her mandala drawing, it was “a class project in Mrs Dornfeld’s Graphic Design 2 class.” Another piece she made is an earrings tutorial and shading rules. She says she made these because she “tries to help out as well as learn more techniques to guide beginner artists.”

Another type of artwork is bullet journal spreads. According to sophomore Kalista Roades, “With all this extra time, I’ve been able to make really pretty bullet journal spreads that I’m proud of.” Sometimes even though people are making art, they don’t always think of themselves as artists. Roades says, “I don’t really consider myself an artist, but I’ve been drawing things since elementary school art class like everyone.”
Roades explained it took her “about an hour to do all three spreads.” She had the idea “to tape in aesthetic pictures from the internet, and the other decorations were inspired by the pictures I chose.” Bullet Journals can be used for a variety of purposes, but Roades decided to make one for one specific reason during quarantine: to keep track of her online school work. Roades asserts that she learned how to make them from YouTube channels like How to ADHD, studyign, and AmandaRachLee.”
Students around the Ville are also creating artwork with a functional aspect. Junior Eliana Johnson recalls, “In painting we made greeting cards, so I made some to send to my grandmas who each live alone. In Computer Science we are doing individual projects, so I am going to program my own game on my computer.”
Similarly, junior Rosalyn Adams also creates art with function: “For boredom I’ve been finding new things to do like make jewelry.” These types of jewelry include bracelets, earrings, and necklaces.