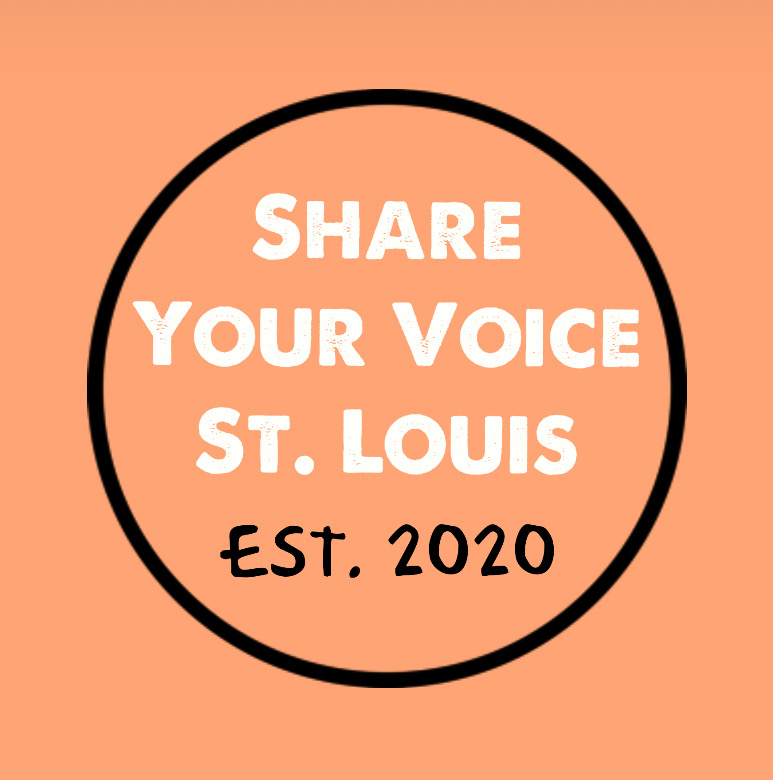 Protests have always surrounded generation “Gen Z,” with the Ferguson riots and protests during elementary school, and the Black Lives Matter Movement today. On May 25, 2020, after George Floyd’s death, protests broke out in cities across the United States. In the months to come, attention would be brought to the civil injustice in the United States.

Bryant Ewing, a junior at Pattonville High School, saw what was happening and asked himself what he could do to help. He decided to start Share Your Voice St. Louis because he felt it would be something that would last. He decided on using art and artists’ voices because “I feel like art is one of the only things that last and just transcends through everything…it’s meaningful,” he says.

After talking to his dad and some friends active in social justice, Bryant decided to act: “The things that end up elevating and making the biggest change in our communities, are those small efforts towards change.”

Bryant reached out to student artists and began using Instagram to publish these students’ artwork. He felt it was important to give a platform to students and create a space for “other people’s ideas on racism, sexism, social justice topics,” so that they could “get their voices out there and get their voices heard…uniting STL in a way through a digital platform,” he says.

Bryant says his future goals are to “work with my community to affect the change that we want to create.” His interest in social justice isn’t a new passion. He explains, “2014 with Michael Brown was huge, I think that I was always aware of racism, like we’re always aware of racism, but it never really resonated with me until around 6th grade. I was like, what does this mean for me and how could I start to really analytically analyze the system?”

Bryant has decided to use any time and effort he can to help students express their art. His process to post their work is to start with an interview to get to know who the person is, as well as getting a feel for what they do and how they could contribute to his organization and cause.

Bryant started with just asking people he knows, but quickly that grew into more people. He talks to them about what image they want to feature and also what organizations they like to donate to. He is using the Share Your Voice St. Louis organization to be as active as he can in his fight for justice and equality, and he calls others to do the same.