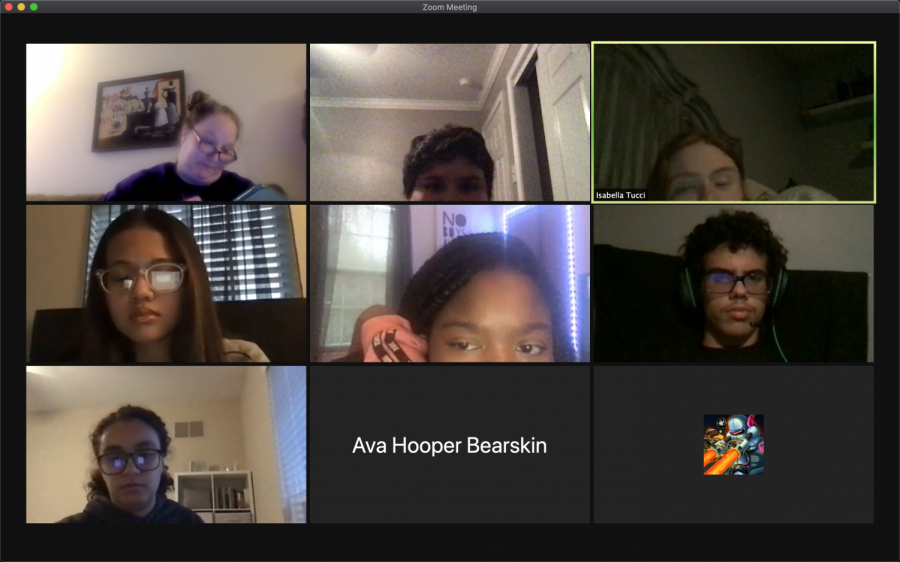 Who killed Dr. Charles Grey? Was it Crimson in the study with the fire poker? It’s up to Pattonville’s mock trial team to decide. As part of mock trial, the team members are given a case file and they have to prepare a case for each side, the defense and the plaintiff. For this season, the case is a murder case where the team will need to either defend the alleged murderer or prosecute him on behalf of the state.
Head Coach Ms. Raymond says, “I’m excited about two things. First, because the Bar Association has adapted the competition for a virtual environment, we will be able to have a regular season. Second, we have joined a new competition this year. In addition to mock trial, we will be participating in a legal mediation competition and learning about alternative dispute resolution.” The competitions will be held virtually and for now, Pattonville has decided that practices will be held over Zoom but might reevaluate as the year goes on. “It’s definitely a little strange, but for the current circumstances I think everyone is working really hard. Ms. Raymond is especially making this transition easier, and though there will inevitably be some awkward silence, we’re taking things step by step and that’s all anyone can really ask for,” comments Maichi Nguyen on the online practices.
Last year’s team had a lot of seniors that graduated but the team has many new members. “My worries aren’t about the new members, because they’re really awesome, but it’ll definitely be harder this year in terms of our confidence. With Ms. Raymond’s help and just practicing and getting comfortable with the dynamics, I think we’ll do well,” Maichi says.
Mock trial is competing in a new competition, a legal mediation competition. “Mediation is an alternative form of dispute resolution where the parties attempt to settle their litigation with the help of a neutral third party mediator without going to trial. In a competition, students play the roles of client, lawyer, and mediator, and are evaluated on their communication skills, problem-solving, and advocacy,” says Ms. Raymond.
Overall, mock trial is excited for another year and a new case.  Maichi said, “I hope we will have fun, bring new members onto the team, and learn a lot about the law.”