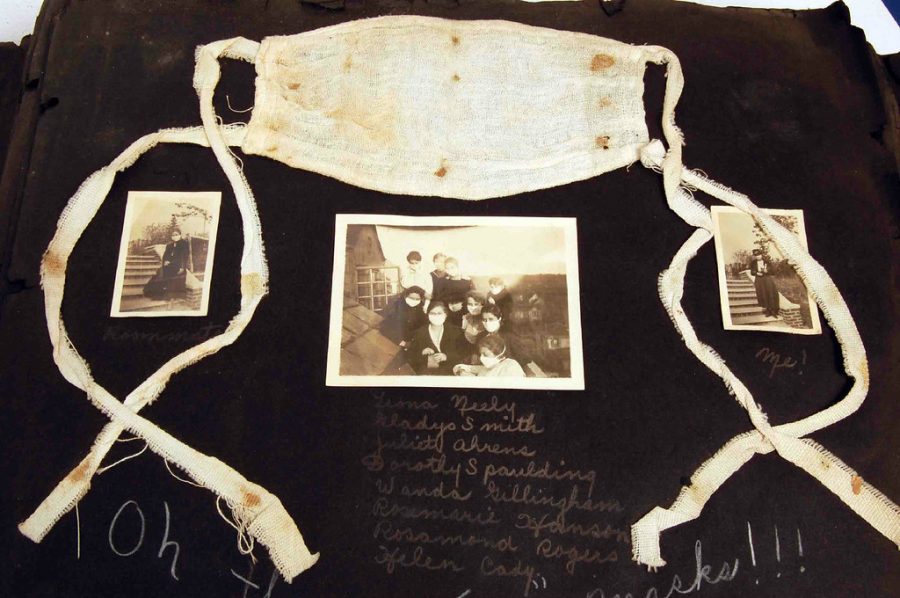 "Gauze mask worn by University of Michigan students during 1918 Influenza pandemic." by In Memoriam: Wystan is licensed with CC BY-SA 2.0. To view a copy of this license, visit https://creativecommons.org/licenses/by-sa/2.0/

During the 1918 Influenza pandemic, these were one of the kinds of masks the students at University of Michigan wore.

The 1918 influenza pandemic was the H1N1 virus with genes of avian origin.

The mortality rate was higher for healthy people in the 20-40 year age group, unique to this pandemic.

The vaccine was not available until after the pandemic ended, developed in 1942.

The pandemic ended when the virus had circulated the globe, infecting enough of the world population, which is called herd immunity.

St. Louis handled the 1918 pandemic exceptionally well. Social distancing measures were put in place and followed. This kept a low death rate throughout.

How the measures were enforced