Canceling and Deplatforming Demands on the Rise 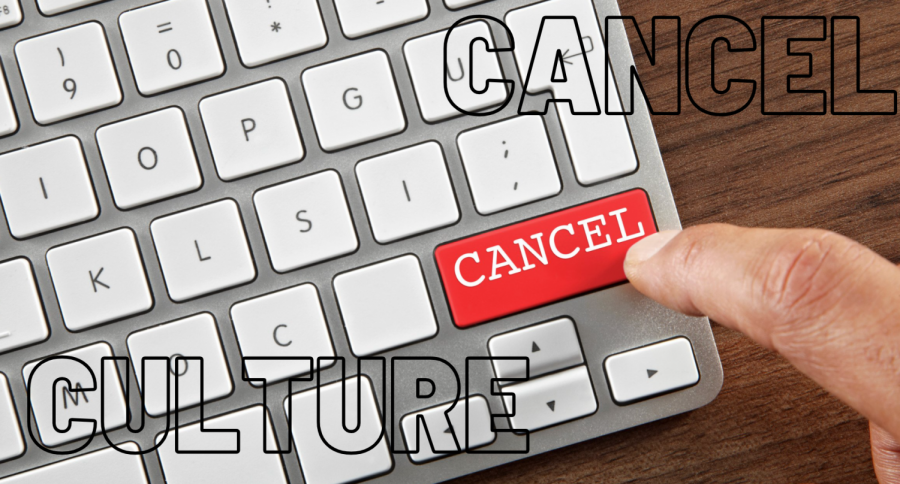 The movement "cancel culture” has had a very powerful and toxic effect on the media and many people have suffered the consequences.

The phrase “cancel culture” has spread widely within the media and politics. Many social media influencers and other well-known celebrities have been canceled, due to their brought up past, or them saying something offensive towards a certain audience.

Celebrities such as Jimmy Fallon, Ellen DeGeneres and Demi Lovato have been canceled when certain audiences found their past behavior or current lifestyle choices offensive.

Public figure Vanessa Hudgens has been canceled on Twitter for disregarding the pandemic and encouraging people to still have large gatherings and parties. Many people were shocked and disappointed with her behavior and began to threaten her, sending her death threats and wanting to deplatform her.

Gen Z is particularly focused on “canceling” those who violate social media norms. Sophomore Karmen Daniels states, “I think if you’re receiving so much hate, or you’re using your platform for negative connotations, then you should ‘deplatform.’”

46% of Americans believe the “cancel culture” movement has gone too far and has become very harmful to society, according to Fox News. From YouTubers to professional athletes, canceling culture has been proven to be damaging to their performance and mental health, not to mention their earnings.

Although people mostly see the “cancel culture” dealing with celebrities, students can be affected, as well, although not necessarily in the same terms. Many teenagers suffer from the outcome of being canceled mentally, emotionally, and sometimes physically.

“Canceling” on a smaller scale can still have major effects on a student’s social and educational lifestyle. This can include losing friends, having a bad reputation, and maybe even furthering someone’s mental health issues. Due to a lack of support from friends and even family, signs of depression may arise.

“I feel like a simple comment for awareness and an unfollow would be way more effective instead of giving them more clout by trying to ‘cancel’ them,” sophomore Samantha Green stated.

While trends and society make it seem as though “canceling” people is harmless, most of the time we don’t know the seriousness of the person’s situation. Movements such as the ‘cancel culture’ just adds to the toxicity and hatred shown by people on social media. However, in some cases, that doesn’t excuse the behavior of some of these public figures.

Proven by observation, “cancel culture” has become much more detrimental now, that it has grown on the media. For no particular reason, most trends tend to attract a negative outcome, and unfortunately someone always comes out of it hurt.

Having a serious and adult conversation with the person and having them face the natural consequences will most likely be more beneficial for both sides. While their behavior might have been unacceptable and ignorant, that does not mean they deserve death threats.

We’ve all made mistakes and have regretted our actions, having human decency and letting them learn from their mistakes will help prove to society that we are capable of being the bigger person.