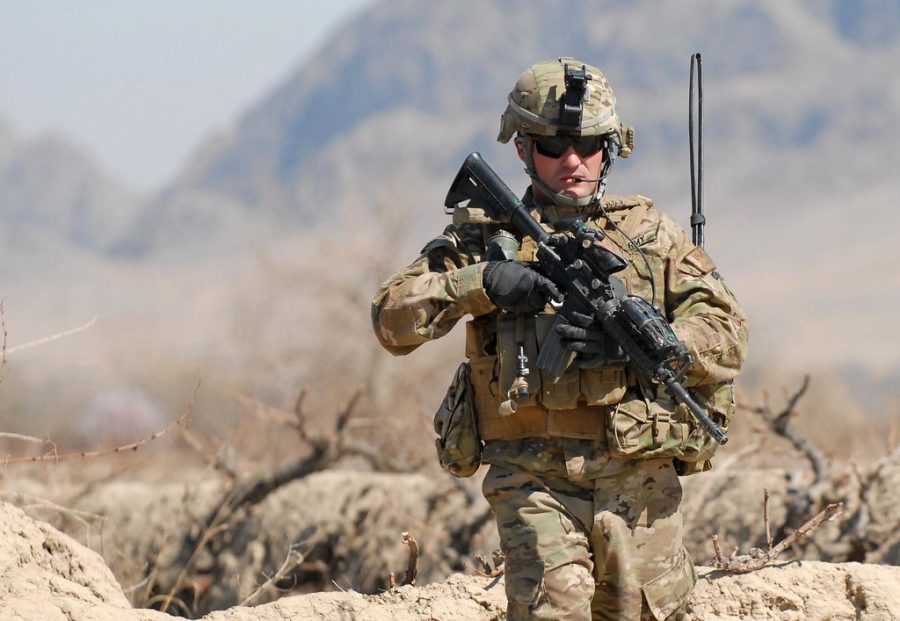 On August 15th, 2021, the people of Afghanistan were on their knees. Their government collapsed, terrorists took over, the United States was rushing and scurrying to get out, and files were being burned and shredded as quickly as possible to prevent them from getting in the hands of the Taliban. It was a day that nobody will forget, and many that weren’t there will still remember it for the rest of their lives. How we got here, however, has a much more complicated explanation than how it ended.

On the morning of September 11, 2001, the country united to the likes that many agree haven’t been seen since. It came as a shock to many, when at 8:46 A.M., the first plane hit the north tower. At first many thought it was an accident, but shortly after, at 9:03 A.M., the second plane struck the south tower.

While this was happening, then President of the United States George W. Bush was in a classroom full of children reading a book to the class. While he was observing the room, then White House Chief of Staff walked over to him and whispered into his ear, “A second plane has hit the tower. America is under attack.”

Another plane was supposed to crash into the Capitol, however, that attack failed to hit its intended target.

President Bush took immediate action. Less than one month later, he announced that airstrikes targeting those believed to be responsible for 9/11, which were the Taliban and Al Qaeda, had begun, along with an invasion of Afghanistan.

Within months, the Taliban and their regime in Afghanistan collapsed, and Osama Bin Laden, the founder, and person that ordered the attack on the U.S., had fled.

In March of 2003, President Bush announced the United States’ invasion of Iraq. The reasonings for such an invasion included removing weapons of mass destruction, and ending a regime that supported terrorists and “crimes against humanity.”

However, a large portion of America at the time also believed that President of Iraq Saddam Hussein was involved in the terrorist attack against the U.S. According to the Brookings Institution, at least 69% of Americans believed that Hussein was tied to the 9/11 attacks, despite little evidence supporting such a claim.

On both sides of the political spectrum, many Americans to this day believe that President Bush either lied or misled the American public to justify an invasion of Iraq. Some speculated he could have wanted to invade Iraq to obtain its large oil reserves, while others thought threats by Saddam Hussein to kill President Bush’s father, former President George H.W. Bush, may have also been a drive for such an invasion. Either way, many felt deceived into America’s presence in Iraq.

Two months later, it was announced that fighting had ended in Iraq, and that the mission had been accomplished. Despite this, the U.S. did not begin evacuating until six years later and was not fully evacuated until eight years later.

Ten years after the beginning of the invasion of Afghanistan, Osama Bin Laden was found and killed by U.S. forces. Later that day, President Barack Obama addressed the nation: “A small team of Americans carried out the operation with extraordinary courage and capability. No Americans were harmed. They took care to avoid civilian casualties. After a firefight, they killed Osama Bin Laden and took custody of his body.”

However, despite our primary goals being accomplished and the one responsible for 9/11 being killed, the United States maintained troops in Afghanistan for another decade.

A year ago, President Donald Trump made a deal with the Taliban, the deal being that the U.S. would withdraw all troops from Afghanistan by April of 2021, and in return, the Taliban would not attack the U.S. service members and would not allow Afghanistan to become a haven for terrorists.

Once President Joe Biden entered office, he altered the deal and pushed the date back to September 11th. However, no one predicted the events to come at such extraordinary speed.

On August 15th, 2021, the Afghan government collapsed, with the Taliban taking over. Evacuations from the United States embassy were rushed, with people being evacuated from the rooftop. The U.S. scrambled to shred documents and get out as quickly as possible.

According to Reuters, The President of Afghanistan fled with $169 million in cash, and the Taliban is now in control of approximately $28 billion in weaponry such as guns, armored vehicles, rockets, and more.

Thousands are now stuck in Afghanistan, with some going as far as holding onto the sides of planes as they take off so that they can leave. Several are also handing their babies over to U.S. soldiers in hopes that they will find a better life elsewhere, outside of a country with a terrorist rule.

No matter what side of the political spectrum people are on, or what ones’ opinion on the matter may be, or who’s fault someone thinks this tragedy is over someone else’s, there is one thing everyone can agree on. Something we can all agree on, just as we did on 9/11, is that the events in Afghanistan and everything leading up to it was a tragedy and the citizens who have died at the hands of these terrorists, or soldiers who have been killed in combat because of these wars, will be remembered. We thank the brave men and women who fought and continue to fight to protect this country, and that did their duty, as well as those who sacrificed their lives on 9/11.