Students vs. Restrictions: The Battle for Games 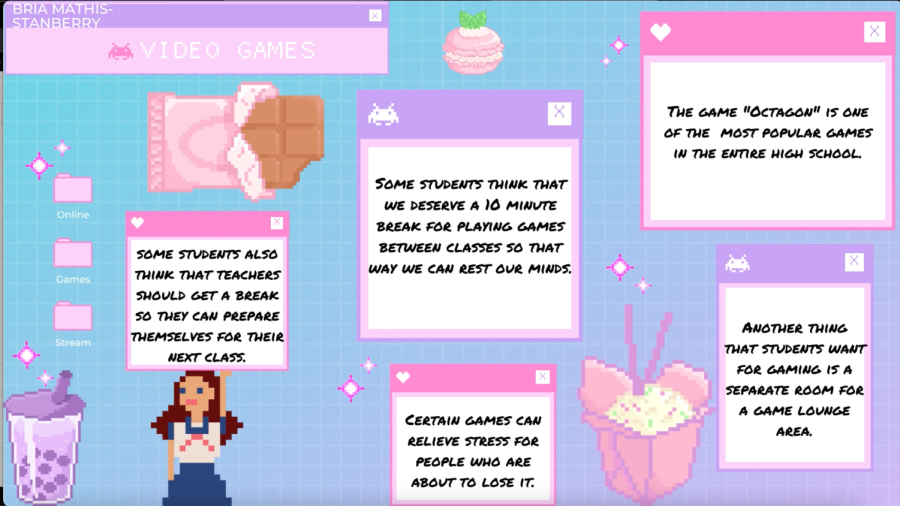 While tech tries to stay ahead of it, students try to find ways to download their favorite games and music.

Walk into any given classroom, and you’ll probably see at least three screens with some form of non academic entertainment. Students always seem to find a way to get to their games, despite restrictions put in place to block them. How does it work?

According to Mr. Lerdahl, a member of the iLearn Technology Team, he cannot explain why or how people are getting through the restrictions of the computer that they have set up, but they are trying to figure it out so that they can stop those students from playing non academic games.

“We don’t know how people are finding access to these inappropriate games, but we will soon figure it out,” Mr. Lerdahl said. He explained that there are specific types of games that they block.

Mr. Lerdahl explained that they block un-educational and inappropriate games from the computers. If they are educational games though, then they don’t get blocked, but they have restricted access from the students until a teacher allows them to gain access. “We block external websites like Newgrounds and Cool Math Games [which are not math games].”

According to Mr. Lerdahl about blocking games at the district and at home: “We only have blocked the games that people play at the district. Otherwise the games are unblocked at home since it is at the student’s humble abode.”

Some students have found ways around the firewalls, though.

The main students who are frustrated are ones who rely on games during class time. They believe that they have full access to everything anytime they want, which makes the restrictions more necessary.

The top games that seem to pop up are Octagon and Snake. “I like how it never ends,” Sofia Boughton, a senior, explained. “And, if it does, you just go on and start again.”

Another game that pops up a lot is Flappy Golf 2. “I like it because it’s intense…challenging,” said KJ Morgan, a senior.