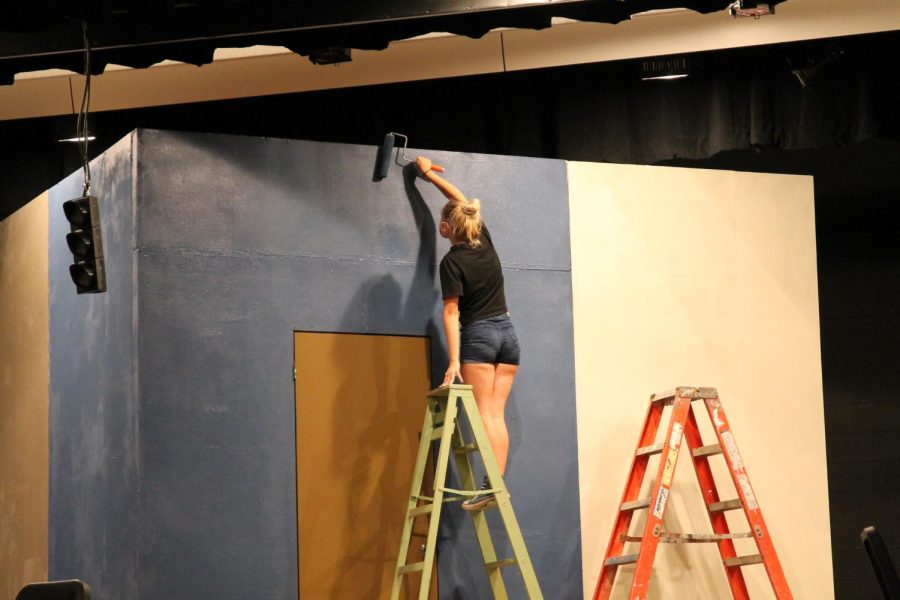 Senior and lead cast member, Meredith Stroud, says "In my opinion, memorizing lines is somewhat easy, but there's a big difference between memorizing and presenting your lines. You may be able to stand on stage and recite your line, but whether or not you can present it in an engaging way to an audience is a different story. You constantly have to remember to speak slowly and with clarity, but also make it sound natural, like you're saying for the first time."

From September 2 through the show week in October, a tremendous amount of preparation went into creating the Pirate Players’  One Stoplight Town.

The first couple of weeks, rehearsals ran from 2:30 to 4:30, Monday through Friday. In the final week of September, the memorization of lines became a necessity and advanced the process of preparation. They progressed through the entire show throughout that week.

Starting on October 4, the cast started doing onstage practices with the technical crews and using the rough basics of the set and props. Costume crew was still working to fit the cast with costumes while props crew diligently created props for the show. The sound and lighting crews were starting to set up the tracks for music and positions for spotlights and messing with colors of lights. Stage crew began to get a feel for the show, having not been at any of the other practices or rehearsals.

The week of the show, however, was a bit different. The set was completely finished, costumes and props were finalized, and lines and blocking (movement on stage) were memorized. The company started the week out with a full run through and practicing prop and costume placements. Later in the week, they were rushing to put on final touches during dress rehearsals before opening night.

Thursday was opening night, which brought a lot of pressure for everyone to do well, be prepared, and remember what to do.

After the Saturday show, there was strike. All of the props and costumes were put away, all extra paint was discarded, and the set, both flats (walls) and platforms were taken apart and put away in the shop. As soon as the play came to life, it disappeared as if nothing had happened at all.

Read more about the fall play and how the shows went here.