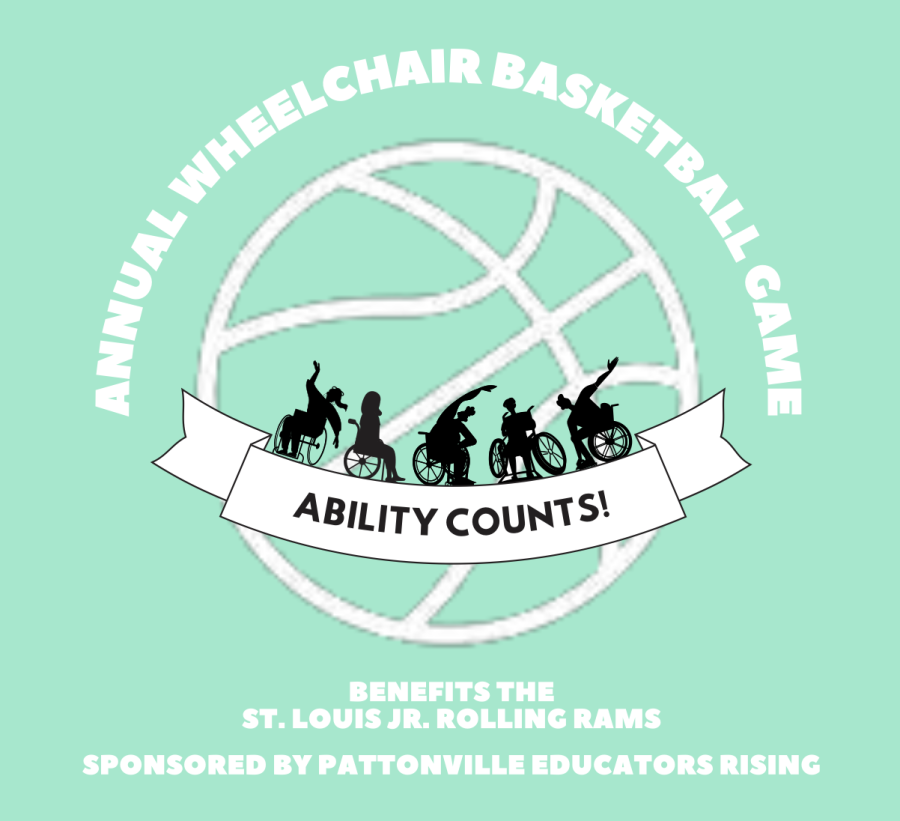 On Thursday, November 11, PHS will host its 25th annual wheelchair basketball game. Educators Rising designed the t-shirts for the game.

While most think of November as the beginning of basketball season for the Pirates, the court in the main gym also hosts a very special game during the month: The Annual Wheelchair Basketball game, which is sponsored by Educators Rising and takes place on November 11 at 6:00 p.m.

In addition to the athletes and the crowd, Ms. Kuhn involves the community as much as possible. “We reach out to local businesses for donations for our silent auction and one of the Maryland Heights police officers is playing in the game.

The game has teachers playing the St Louis Jr. Rolling Rams , but with a bit of a twist. Staff members must sit in wheelchairs and play against a team of kids aging up to 18 who have a lower extremity disability. Ms. Mulanax, a science teacher at PHS, admitted that the game “is intended for the teachers to do badly.

Ms. Mulanax has played in wheelchair basketball before. She said the best part of playing with her fellow teachers. “Honestly, it’s fun to see your colleagues and your students outside the classroom it’s a good way to get to know people better, especially doing something that not everyone is good at.” Her favorite part of the entire event is “the silent auction.”

“I am most excited about doing something physical and fun, especially since we couldn’t do it last year,” Mulanax said.

Educators Rising is a student organization that supports students who are interested in education related careers. For Pattonville High school, the sponsor is Ms. Kuhn. She described the history behind the wheelchair basketball event. “We started it 25 years ago with the New Friends club. It was a very small event and we raised maybe $400. Now we raise between $2,000-3,000.”

Lots of planning has to take place in order for this event to happen, including “reaching out to the faculty to play, contacting PTO for concessions, students getting donations for the silent auction baskets, and getting the t shirt design made and ordered,” Ms. Kuhn said. She also had to coordinate with the Rolling Rams to make sure the date would work for them.

President of Educators Rising Jessie Stark said, “I’m excited to see everyone come together to support and cheer on the players.”

What exactly does educators rising do? “The main purpose is to have future teachers gather together to learn about the career more,” Stark explained.

Come out and support the staff and Jr. Rolling Rams!!