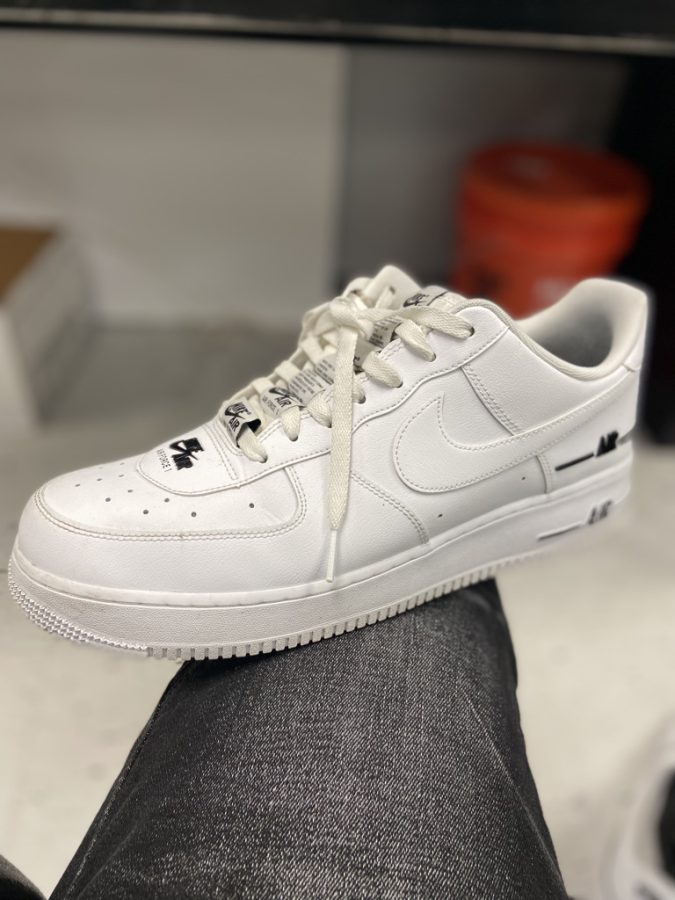 One of the hot new items this year is foot wear. From Air Force 1's to Jordans, shoes topped a ton of lists.

As Christmas is approaching people are starting to put their lists together. Freshman Addison Swanson, sophomore Luke Stevenson, junior Joesph Mackenberg, and senior Charley Bennight explain them what their top presents are, both most expensive present and least expensive present.

The top gifts are a bike, shoes, and clothes from a company called Park Project. For other top gift ideas check out https://www.goodhousekeeping.com/holidays/gift-ideas/g434/gifts-for-teens/.

Mackenberg said a new bike because “my old bike was $30 from a garage sale and I got it in the 6th grade, so I believe I’m due for a new bike.”

“A lot of my friends have nice bikes and I’d like to get one to ride with them and stay in shape for cross country and track,” Stevenson said.

A bike is also the most expensive item on Stevenson and Mackenberg’s list.

Swanson said shoes because “it is something that could last me some time if I take care of them.”

“Clothes from a company called the Park Project because they’re really cute and money goes back to the national parks of America,” Bennight said.

Besides the bike, the most expensive gifts are new bed sets and a percussion massager.

Swanson explained that she wanted “a new bed set because I’ve been wanting one that goes better with my room decor.”

Bennight wants a “a percussion massager. It really helps my back and I’m constantly sore so I want my own, especially so I can take it to college, too.”

The least expensive gifts are a jacket, a new watch band, hats or socks, and a usb bluetooth adapter for a PC.

Swanson said a jacket because “she thought it was cute.”

Bennight wants “a new watch band for my Garmin is the cheapest, it’s only like $5. I would like it because it’s made out of a different material so hopefully it won’t be as uncomfortable and keep coming unlatched.”

Mackenberg asked for hats or socks because “they might be cheap but hats are awesome and I collect them, and socks because I want to start getting new cool socks.

Stevenson wants “a usb bluetooth adapter for my PC, because I’ve been needing this for a while and it will let me connect things to my PC now.”

They all have some interesting gift requests but for their everyday life style they are much wanted and some are needed.