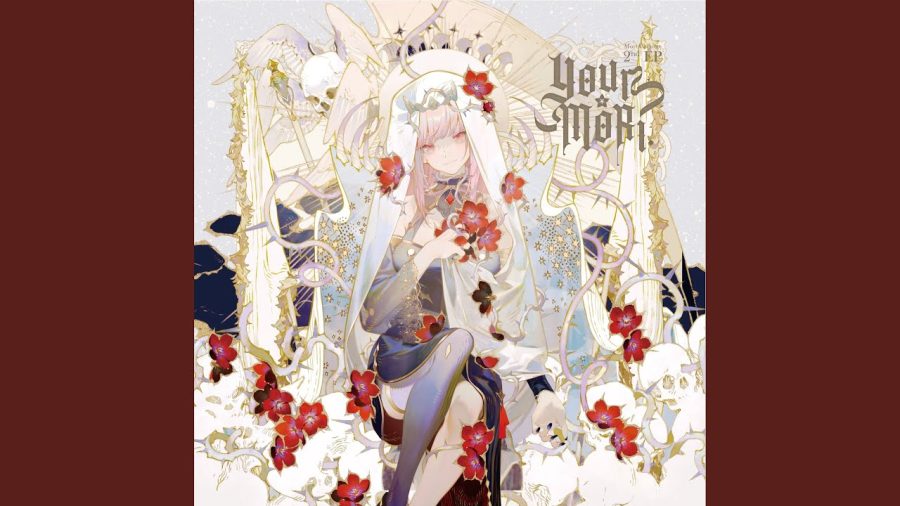 Mori Calliope's cover art for her newest album, "Your Mori."

When most people hear about a rising star, they think of pop artists like Olivia Rodrigo, Justin Bieber, or Ariana Grande. But for others, Mori Calliope, an artist from Japan, is quickly climbing the ranks.

Mori Calliope is a rapper who is behind the popular songs “Excuse My Rudeness, but Could You Please RIP?” and “Off With Their Heads.”

Mori has a subscriber count of 1.91 million subscribers and her most viewed song is “Red” with 10 million views. This song is part of her newest album “Your Mori” which was released in January 2022.

Her producer is a Japan-based company Hololive, which is behind other popular artists Gawr Gura, Ninomae Ina’nis, and others.

When Mori was recruited by Hololive, they teased fans with a new group that featured other artists called Hololive Myth on an advertisement made on September 8th, 2020.

Just recently, Mori Calliope and Gawr Gura worked together and their latest release “[Q].” It was composed by DECO*27, a popular Vocaloid artist. Within the first four days of its release on YouTube, it reached 2.3 million views. The song is a bridge between the gap between English and Japanese in this genre.

Mori Calliope released a song called “Dead Beats” in September 2020, named after the chosen name of her fanbase, which reached 12 million views. Numerous lyrics have reappeared from this song in newer works as well.

It is popular in the Vtuber/Hololive community for content creators avatars to have stories. Mori Calliope’s is that she is a grim reaper, but due to advancing technology, she became a livestreamer to reap souls.

For Mori, the story is just beginning. Joining YouTube in July 2020, she has much more planned ahead for her!