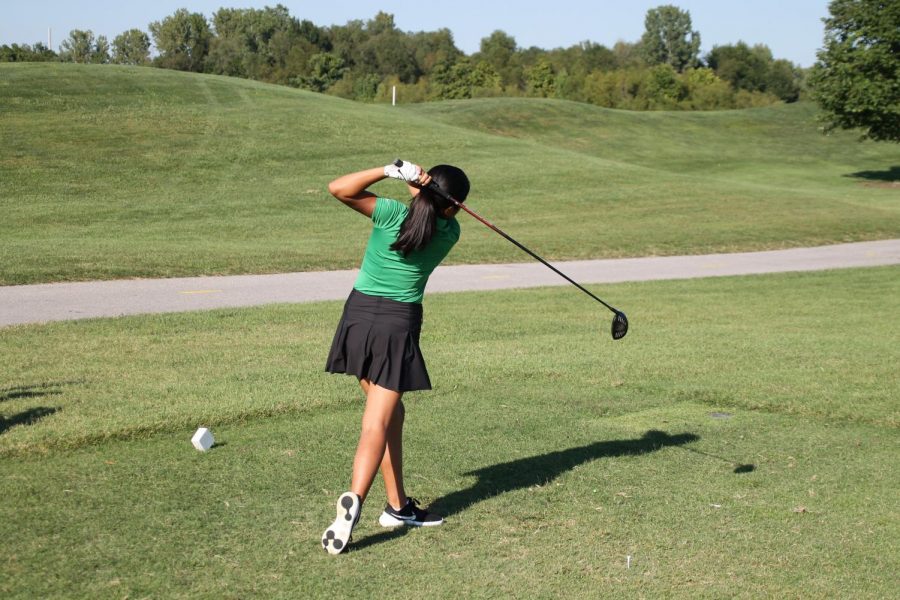 On Oct. 15-16, junior Momo Kikuchi ventured to Swope Golf Course in Kansas City, Missouri. Here, she competed with 90 other girls from around Missouri at the Class 2 state championship.

Megan Propeck of Notre Dame de Sion won with a -5 (71-68) over the 2-round state championship.

This state run was not the first for Kikuchi, as she has had the opportunity to go to State during both her freshman and sophomore seasons as well. Both of those years, she placed 11th and also received All-State honors.

Not only will this give her a well-deserved plaque on Pattonville’s Wall of Fame, but she has also caught some other attention from media organizations.

Kikuchi has been featured by top media sources like the St. Louis Post-Dispatch and KPLR11 News, She was also featured as the Pirates Sports Net Athlete of the Week earlier this year.

She’s even been featured by the Golf Channel for her golf prowess during the 2017 Drive Chip and Putt competition. She said those experiences have been unnatural.

“It was kinda weird having a camera crew follow me around everywhere I went.”

Kikuchi will not pack up her clubs after high school and will keep teeing off in college.  As of now, she has no plans to go pro, but who knows, we might see her at a future LPGA Tour event.