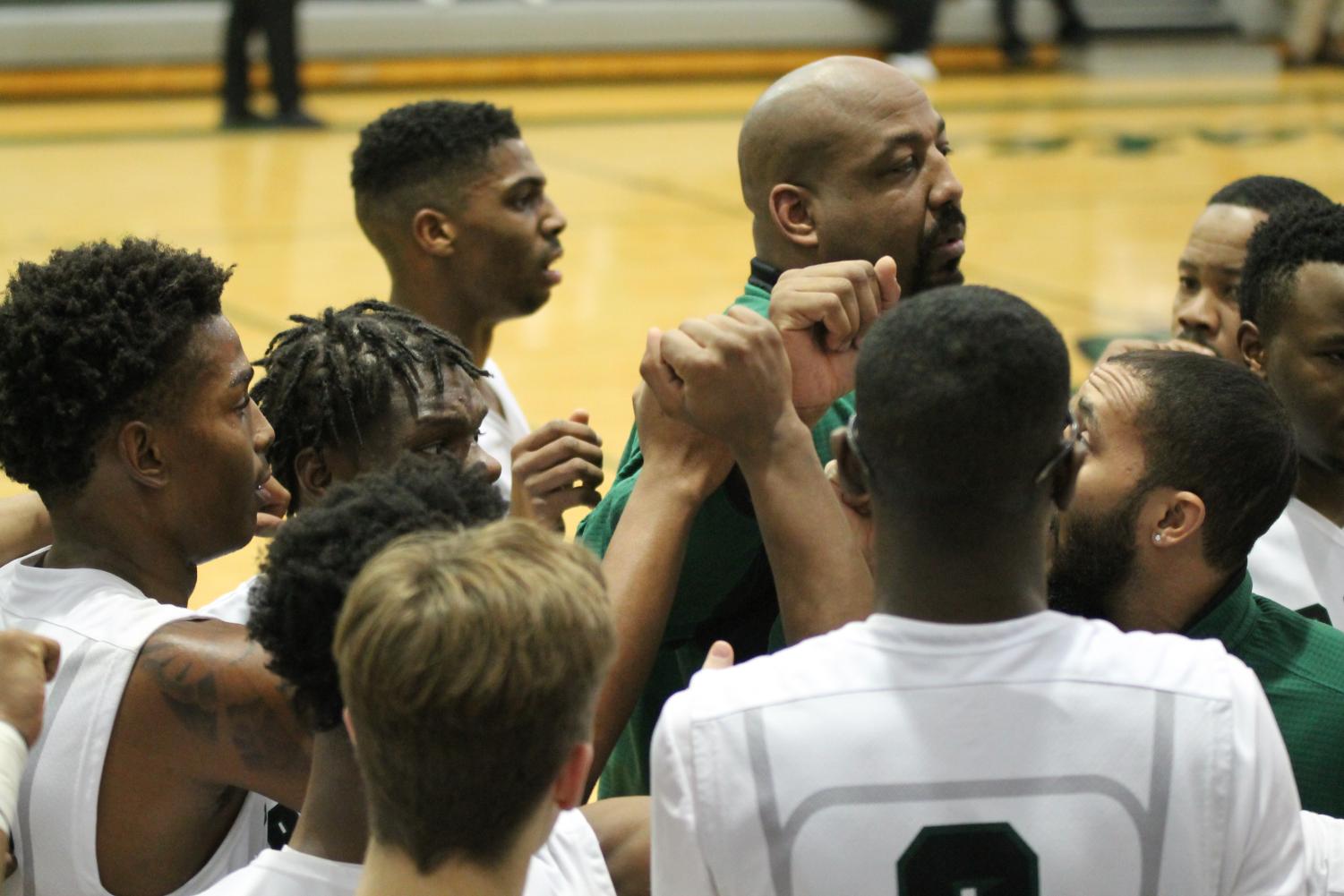 Unranked Pattonville (5-6) beat a team listed in the St. Louis High School Sports rankings for the second time in a week. On Tuesday night, the Pirates beat No. 7 (Small Schools) Whitfield (13-6) in an unbelievable victory.

The final score was 79-75 and the win came as a surprise to many Pattonville fans, knowing of Whitfield’s D1 committed star, Torrence Watson (University of Missouri).

Many Pattonville fans were beginning to lose hope as the season has not been going the Pirates way, but on Jan. 19, the Pirates also picked up a 74-64 win against Kirkwood who is listed as On the bubble in the Large Schools poll.

“I didn’t know if we’d have a good season this year, nonetheless beat Whitfield,” exclaimed a proud parent, Deirdre Rodgers.

Despite the lack of a crowd supporting the boys, they prevailed and led the entire game.

In the first quarter, David Ellison Jr. scored three key 3-pointers and the Pirates ended the quarter with a 20-15 lead. The lead is what inspired many Pattonville fans, and the visitor’s section soon grew profoundly more loud than the home side.

In the 2nd quarter at 5 minutes and 45 seconds, Pattonville had already scored 9 field goals and Whitfield had only made one free throw. By the half, the Pirates were leading by nearly 10 points at 41-32.

Early in the third, a technical foul was called on Whitfield for unknown reasons and was the beginning to the Pirates lead slowly disintegrating. At 4 minutes and 17 seconds, the score was 48-40. By the end of the 3rd the distance between the two teams’ scores got even more minuscule at 54-49.

The fourth quarter held unforeseen drama as a fan ‘accidentally’ threw a water bottle at head boys’ basketball coach Kelly Thames after he made a key timeout call. Witnessing the event, the incident was purely incidental; however, the man was asked to leave, an event which stopped the game for about 15 minutes.

With 2 minutes left in the fourth quarter, the score was 71-65. Several timeout calls were made on both ends as Whitfield head coach Michael Slater attempted to push his team to make key shots to allow a chance at overtime.

With just 45 seconds left in the game, both sides scored 3 points leaving the score at a frighteningly close 74-68. With Pattonville being in the double bonus, it allows Whitfield to get the ball in their hands more often with intentional fouling. This, however, isn’t enough and the final score relents a well-deserved victory to the Pirates at 79-75.

Other scorers for Pattonville included David Ellison Jr. with 18 points and shooting 75 percent (6-for-8) from the free throw line. The rest of the stats sheet was filled up by Michael Jackson (12), Ezra Jakob (8), Kyron Broyles (6), Alijah Carter (3), Mario Rowland (2), and Shawn Brooks (2).