Movies To Watch Out For

Pre-pandemic, weekends meant driving to the closest movie theatre with friends of family, eagerly awaiting the release of the next movie in a series. While that format has shifted, highly anticipated releases are still occurring, some with a digital option.
These are the movies of 2021 that have generated the most excitement.

Marvel’s Black Widow, stars David Harbour from Stranger Things and Scarlett Johansson of Marvel Movie fame. Johansson plays Natasha Romanoff, aka Black Widow, as she confronts the darker parts of her life when a dangerous conspiracy with ties to her past arises. Pursued by a force that will stop at nothing to bring her down, Natasha must deal with her history as a spy and the broken relationships left in her wake long before she became an Avenger.

Currently, Black Widow is set to release on Friday, May 7, 2021, in U.S. theaters. It has no intention of releasing on Disney+.

Being the 24th film in the Marvel Cinematic Universe, Black Widow seems to be set after the 13th film, Captain America: Civil War, that came out in 2016. However, experts argue that the exact timeline cannot yet be determined from the released trailer.

F9 (also known as Fast & Furious 9) is the ninth chapter in the Fast & Furious Saga, which has endured for two decades and has earned more than $5 billion around the world.

Dom Toretto is leading a quiet life off the grid with Letty and his son, little Brian, but they know that danger always lurks just over their peaceful horizon. This time, that threat will force Dom to confront the sins of his past if he’s going to save those he loves most. His crew joins together to stop a world-shattering plot led by the most skilled assassin and high-performance driver they’ve ever encountered: a man who also happens to be Dom’s forsaken brother, Jakob.

In Top Gun: Maverick, After more than thirty years of service as one of the Navy’s top aviators, Pete Mitchell (played by Tom Cruise) is where he belongs, pushing the envelope as a courageous test pilot and dodging the advancement in rank that would ground him.

Top Gun: Maverick currently is set to be released on Friday, July 2, 2021, in theaters.

A Quiet Place Part II takes place following the deadly events the Abbotts’ family home. The family must now face the terrors of the outside world as they continue their fight for survival in silence. Forced to venture into the unknown, they quickly realize that the creatures that hunt by sound are not the only threats that lurk beyond the sand path.

After being postponed three times due to the pandemic, A Quiet Place Part II is now set to be released on Friday, September 17, 2021, in theaters. It was set to release earlier in the year, on April 23, 2021, but was delayed again.

A mythic and emotionally charged Hero’s Journey, Dune tells the story of Paul Atreides, a brilliant and gifted young man born into a great destiny beyond his understanding, who must travel to the most dangerous planet in the universe to ensure the future of his family and his people. As malevolent forces explode into conflict over the planet’s exclusive supply of the most precious resource in existence–a commodity capable of unlocking humanity’s greatest potential–only those who can conquer their fear will survive.

Dune is the first of a planned two-part adaptation of the 1965 book by Frank Herbert. It will cover roughly the first half of the book.

Dune stars Timothée Chalamet and Zendaya, as well as Rebecca Ferguson who has starred in Mission: Impossible – Rogue Nation (2015) and its sequel Mission: Impossible – Fallout (2018). She also played Jenny Lind in the musical film The Greatest Showman. Stellan Skarsgård also stars in Dune, who has starred in two of the Pirates of the Caribbean, and plays Dr. Erik Selvig in multiple Marvel Cinematic Universe movies.

Dune is currently set to be released on Friday, October 1, 2021. It will be released in theaters, as well as a month-long simultaneous release on the HBO Max streaming service.

No Time To Die

In No Time To Die, starring Daniel Craig as James Bond, 007 has left active service and is enjoying a tranquil life in Jamaica. His peace is short-lived when his old friend Felix Leiter from the CIA turns up asking for help. The mission to rescue a kidnapped scientist turns out to be far more treacherous than expected, leading Bond onto the trail of a mysterious villain armed with dangerous new technology.

After two delays of the movie’s debut, No Time To Die is set to be released on Friday, October 8, 2021, in cinemas globally.

No Time To Die will be the 25th James Bond film to be released, with Daniel Craig starring in the latest five films.

In Ghostbusters: Afterlife, when a single mom and her two kids arrive in a small town, they begin to discover their connection to the original Ghostbusters and the secret legacy their grandfather left behind.

Finn Wolfhard stars in Ghostbusters: Afterlife, with his most recognizable role as Mike Wheeler in Stranger Things.

Currently, Ghostbusters: Afterlife is set to release on Thursday, November 11, 2021, in theaters.

Trailer Not Yet Released

Although they have not released a lot of information about the upcoming movie, they have announced the release date.

Mission: Impossible 7 is currently set to be released on Friday, November 19, 2021.

PattonvilleTODAY intends for this area to be used to foster healthy, thought-provoking discussion. Comments are expected to adhere to our standards and to be respectful and constructive. As such, we do not permit the use of profanity, foul language, personal attacks, spam, or the use of language that might be interpreted as libelous. Comments are reviewed and must be approved by a moderator to ensure that they meet these standards. PattonvilleTODAY does not allow anonymous comments, and PattonvilleTODAY requires first and last names and a valid email address in order for comments to be published. 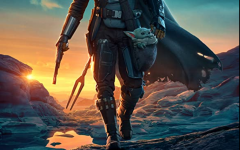 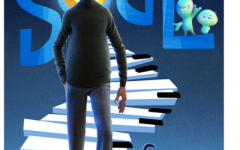 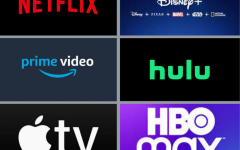 Battle of the Binges 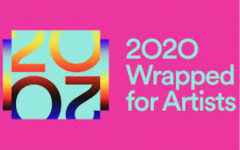 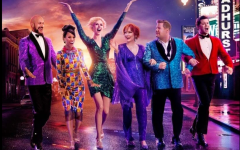 The Prom: Hit or Offensive Flop?