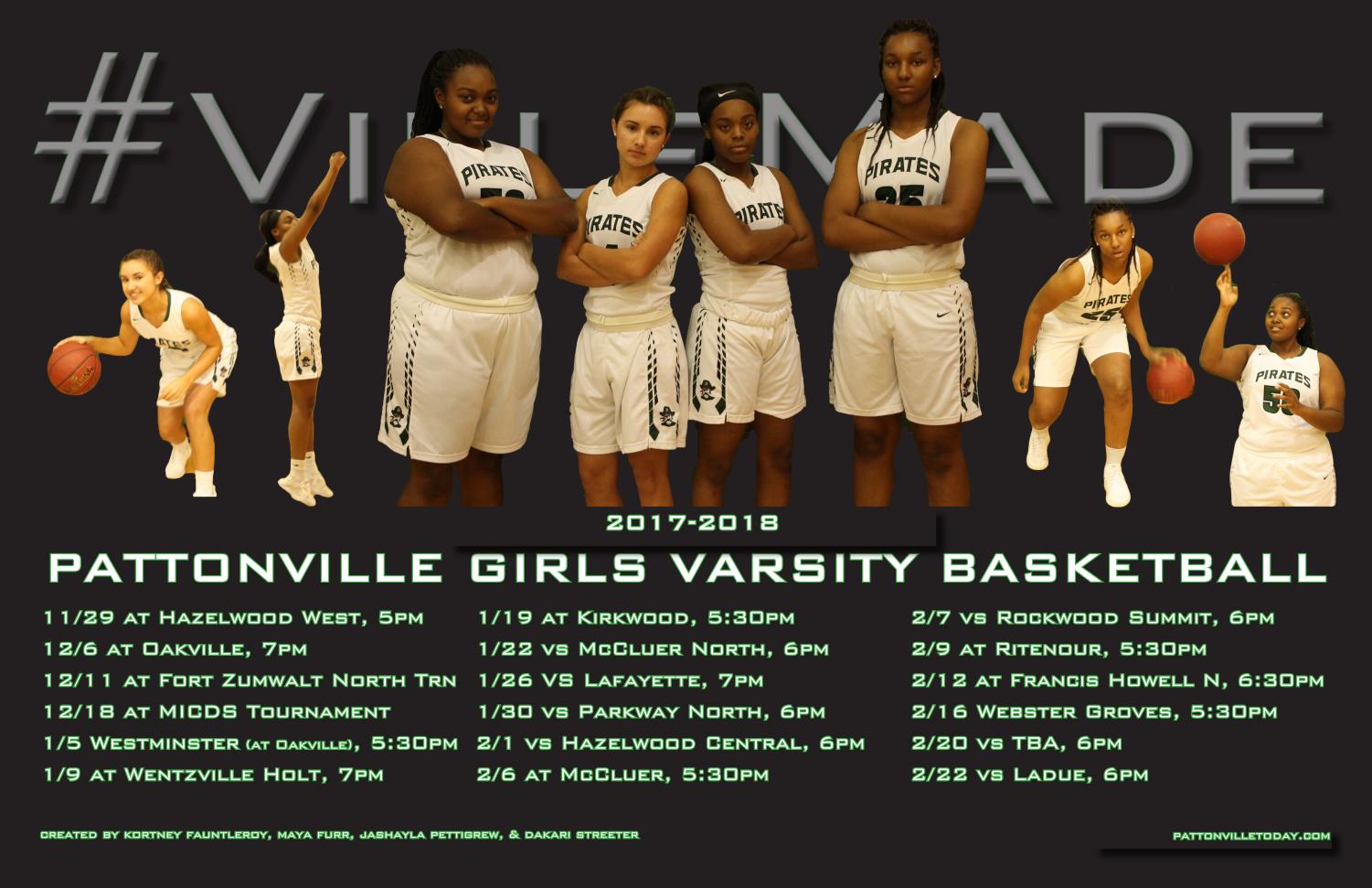 The girls’ varsity basketball team took a tough loss to Hazelwood Central at McCluer North High School in the Class 5 District 2 championship game on Thursday night. The Lady Hawks entered the game on a 15-game winning streak and stretched it another game beating Pattonville 79-52.

If you remember earlier in the season, the Lady Pirates lost to the Lady Hawks by 1 point at home. The teams didn’t seem to be too far apart with the talent standard, but it was clear that one team came to play with the title on the line.

The Lady Hawks put up just as good of stats as the Hawk’s Boy’s Team did against the Pirates. The Lady Hawks had two 20-point scorers and two other players that scored over 10 points each. Kelsie Williams seemed to be the star for the Lady Hawks scoring 20 points and adding 6 steals to her stat sheet. If that wasn’t enough, she racked up 11 rebounds to get herself a double-double in a district championship game.

It was a pretty decent season for the Lady Pirates, but expectations were very high for the squad. The team only has four seniors leaving after this season but while they aren’t losing a lot of players, they are going to lose a lot of talent. They will for sure miss McDonald’s All-America nominee Tyra Brown who was a smooth ball-handler with consistent scoring abilities.

The season started out really good as the team seemed to roll to a 6-2 record and was earning votes in the St. Louis Post-Dispatch large schools rankings, but then the team started to stumble as the season progressed. The team managed to stay in the middle of the pack all season but they finished off the season on a good note winning 5 of their last 7 games. The team did everything they could in the District final but were just overpowered by a hungry team.

Post player Helen Nelson had some final thoughts on the season.

“Our season was definitely a very successful one,” she said. “We grew as a team and we all became very close.”

The future is definitely very bright for the Pirates with Nelson and players like Kelsey Mack, Jalyia Smith, Brooke Jenkins and  Niya Danfort returning.

Nelson said that the season was a good learning experience for the underclassmen.

It seems the squad is already preparing for next year even though the season has only been over for a few days. This just shows the will, determination, and confidence that this squad has for next winter.

The season was one that won’t be forgotten for awhile considering this team could have won state. This was a very talented bunch and this year may have been their best chance of winning a state title. Brown was in consideration of being named a McDonald’s All-American, and they are also losing a prominent post player in Essance Williams.