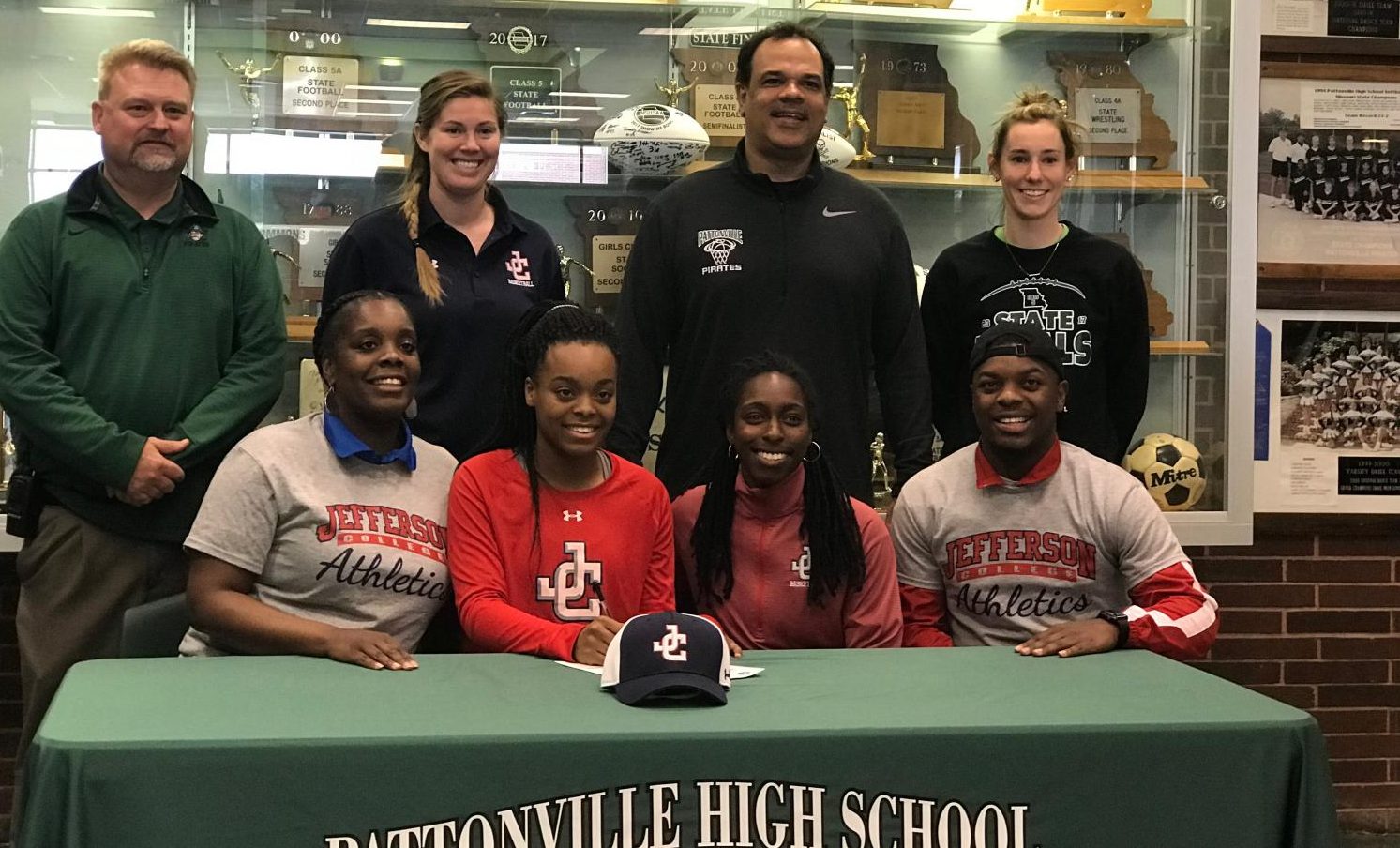 She played her last high school basketball game in March when the Pirates faced Hazelwood Central in the District championship game, but unlike a lot of seniors, Tyra Brown is going to get the chance to lace up her basketball shoes again. 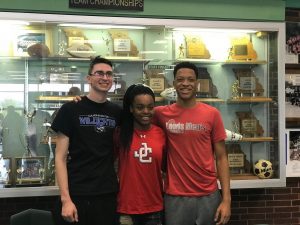 On Friday, April 6, Brown had her signing day event at Pattonville where she announced she will be attending Jefferson College to further her education and athletic career along with volleyball players Auston Bonte (Lewis University) and Jake Richardson (Culver-Stockton College).

“I decided to go to Jefferson College because it seemed like the best college for me,” Brown said.

That’s not the only reason why the McDonald’s All-American nominee chose to attend the school.

“Jeff-Co gave me what I was looking for and I also had a stronger connection to their coaches compared to other colleges I considered,” Brown said.

“I feel like Jeff- Co will take me to the next level,” Brown said. “I will only be attending there for two years and then I am planning to transfer over to a D1 college for two more years and then go overseas to play professionally.”

“I am excited to go to Jefferson College because I feel like this is the best option for me and I get to continue doing something I love.”